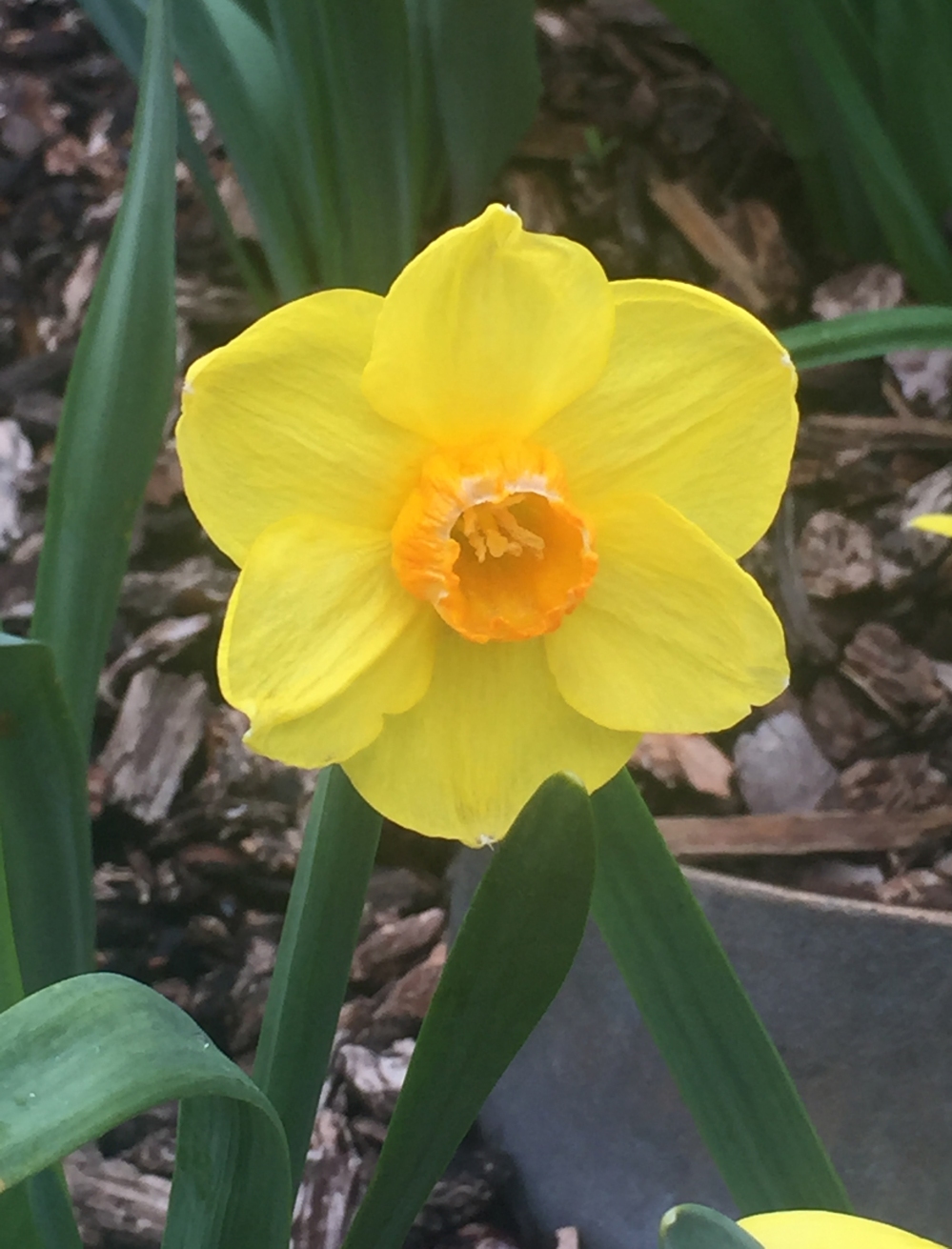 This will kind of wrap up our trip. It is probably going to be more pictorial than newsy. The whole trip was super. I mentioned the extremes in weather but we never expected the amount of snow and snowfall that was almost white out. One of our day trips included us going to Teton village to go up the gondola to the top of the mountain ski resort. That was crazy and amazing to see the weather and landscape change rapidly from cold and drizzly at the base and 24deg F and snowing really hard at the Summit. At the top, the snow was coming down wildly. Here are some pictures.

While I was at the spa Lovie walked around the annual elk auction. We later walked around after the auction and people were selling their wares. Interesting to see all of the antlers. No animals were harmed in the collection of these wares. They are all naturally shed annually. A very different world to California. 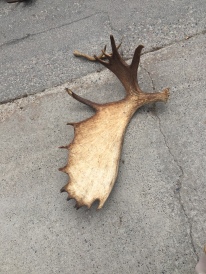 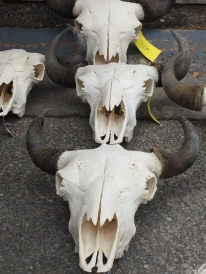 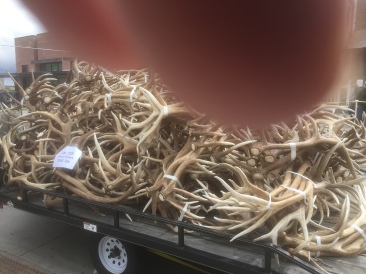 So here are the last few pictures that I wanted to share. One is of our goofy cushion on the head tradition. This is the first time that dad had to go it alone. 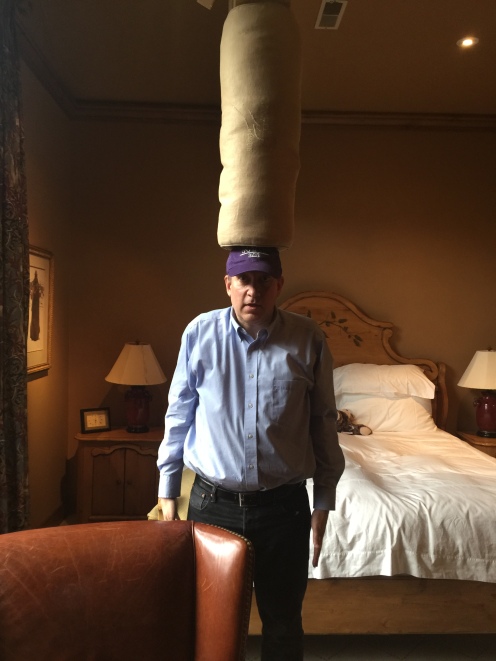 These were taken around town. 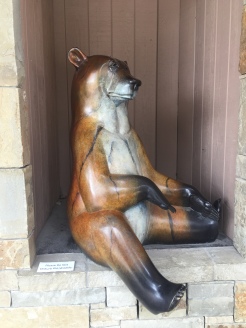 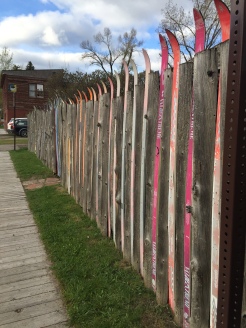 The rest of the trip was pretty uneventful but really relaxing. The wait at the Jackson airport was so relaxing and the flight out to Salt Lake City very relaxing. However, I had a super annoying very fantastic panic attack as we were waiting for the second flight to take off. We boarded the plane and sat down. It was a smaller plane and as the people streamed on I started freaking out inside. My mind was racing and I was ready to climb over people to run off of the plane. I had to work really hard to resist a complete freakout. I had already taken an Ativan and a CBD gummy so I had to decide between another Ativan or a CBD. I decided to take another CBD because I was not in the mood to drive back from Salt Lake City. I had my boy waiting for us in San Francisco.