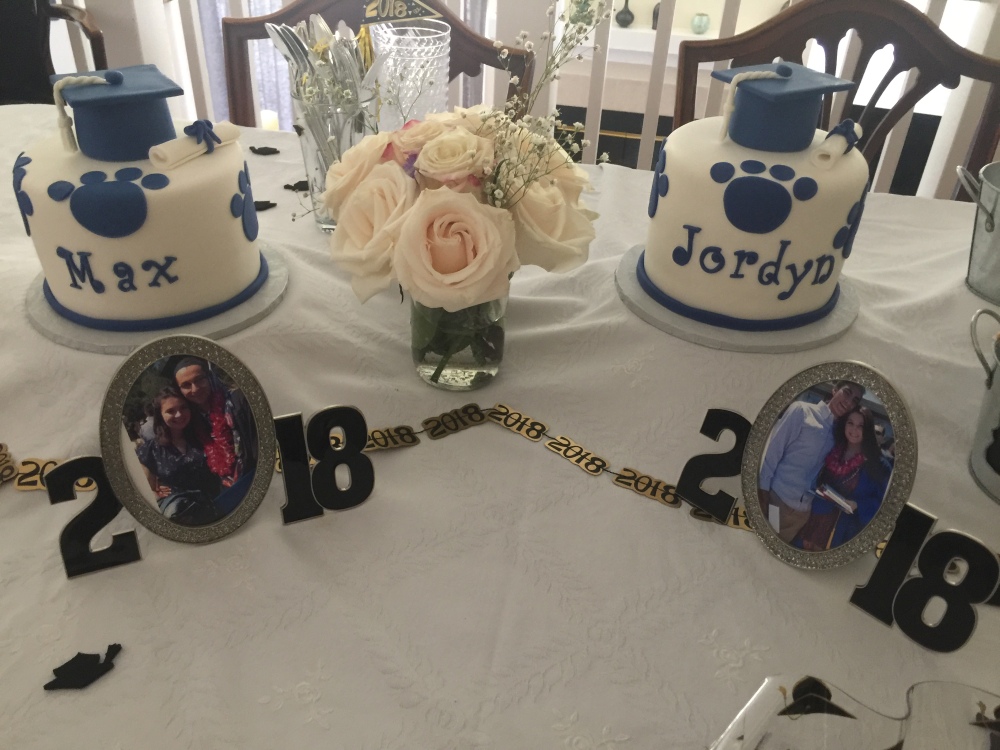 I know that I have not written in a week. It was a wild ride, to say the least. More excitement than this mama needed for sure. So last Tuesday the kiddo was off on a secret senior adventure which turned out to be a day at the Santa Cruz beach boardwalk and then a night sleeping in the Monterey Bay Aquarium. It turns out that for $9500 you can rent the aquarium overnight for up to 100 people. He says that they provide dinner, a midnight snack and breakfast and a night sleeping in front of the large tanks. Grandma arrived that day from Wisconsin to see the boy graduate. Then the festivities happened fast and furious. Thursday was the day that the kids went to practice the graduation procession and then they got to decorate their caps. Of course, NYU and Kanye featured strongly on a particular cap. 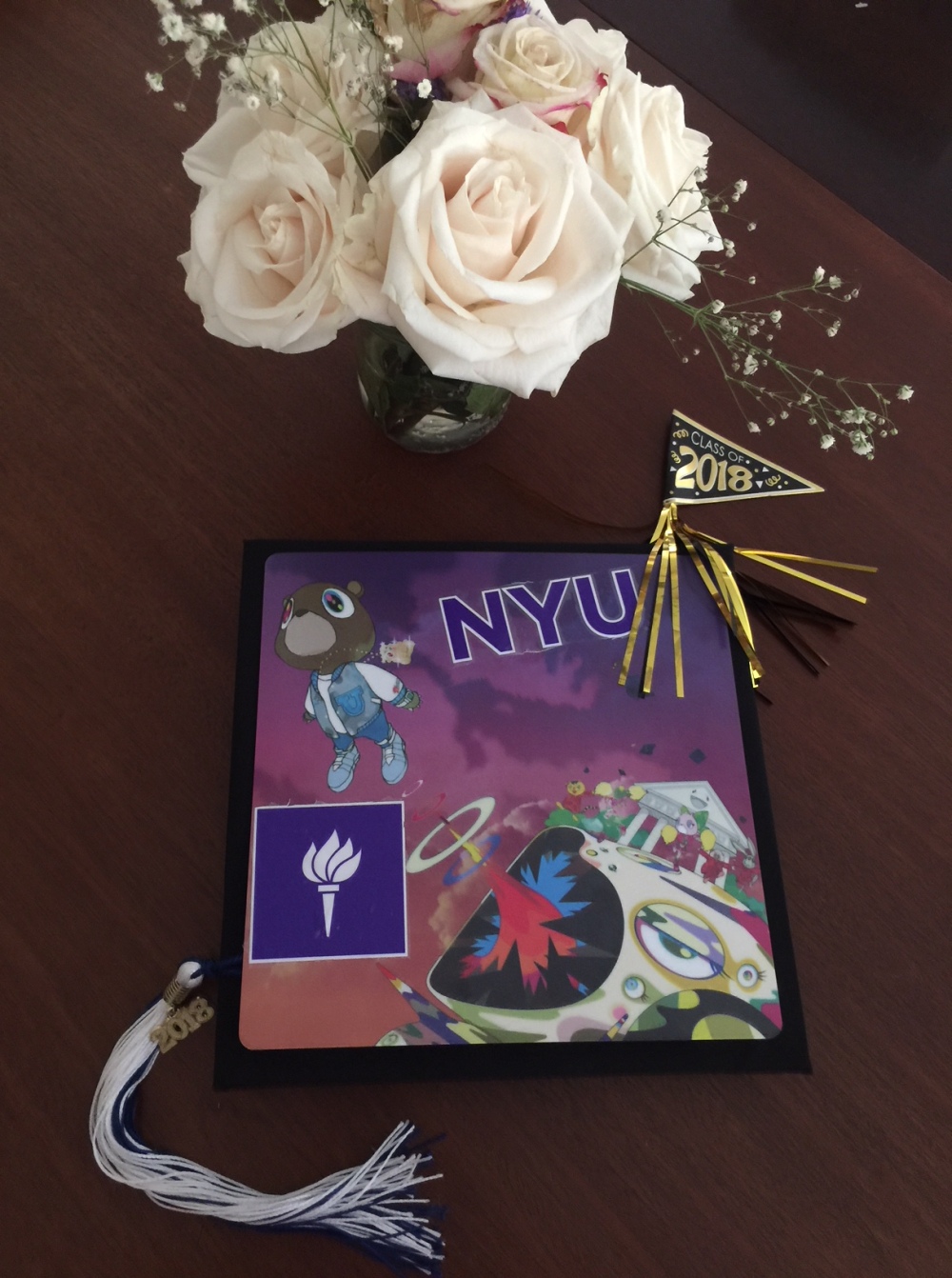 Friday we had senior mass at the school chapel followed by a lovely dinner with a senior prize giving. The kiddo was acknowledged when the honor society had to stand up. He also made us so proud with his performing arts award. 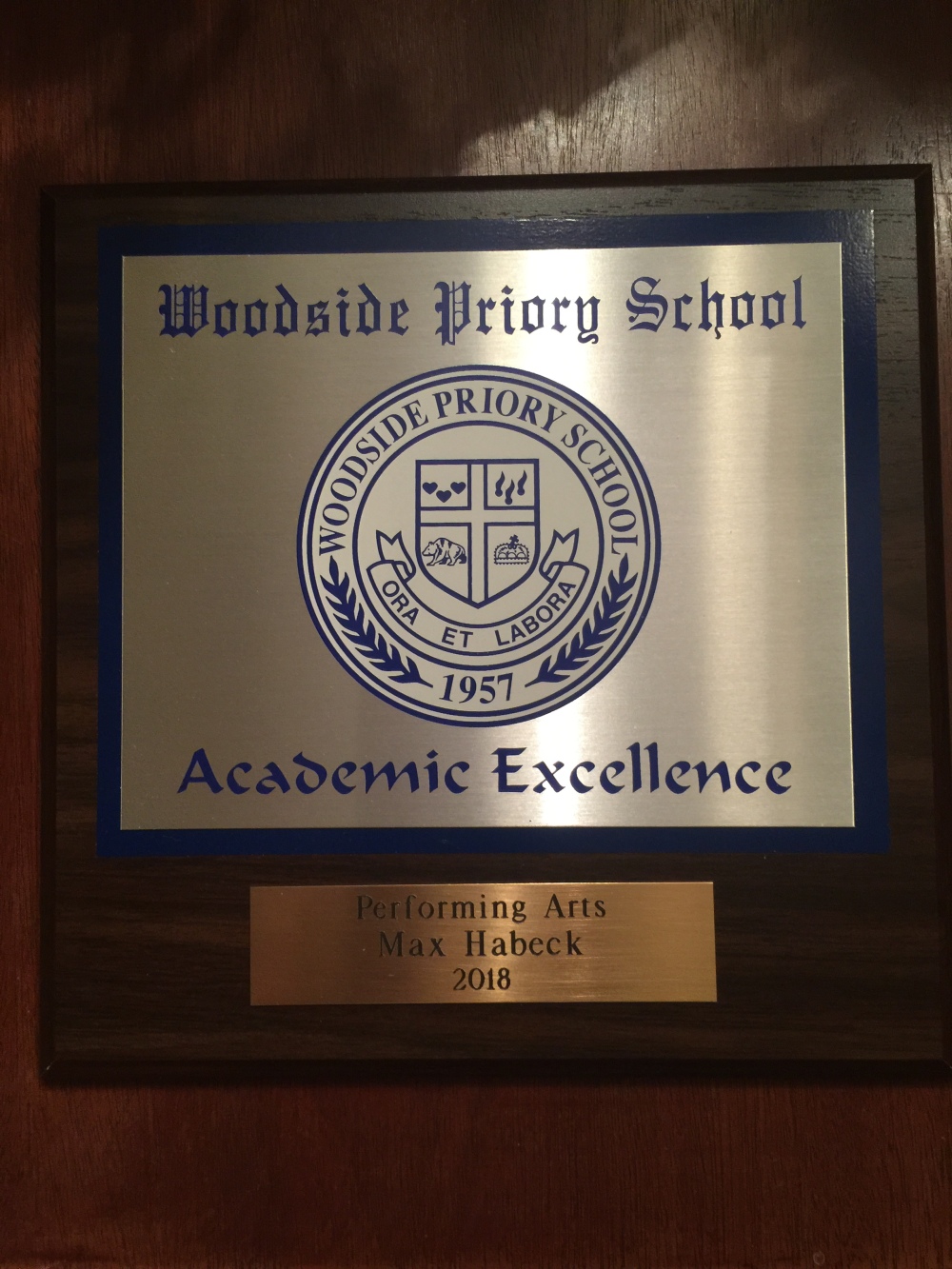 Then the excitement of the actual day. We picked papa up at a nearby mall because he had to drive from their home further south. Nana was very sad because she could not attend both graduations and our niece was graduating at the exact same time in the south bay. So we had to split up the grandparents for the day. Papa and I did, however, get to watch our niece get her diploma on the live stream because Max’s school is a class of 60 kids and our niece is in a class of 200, and our ceremony was done before theirs. The ceremony was beautiful, and the speaker was a monk from St Anselm Abbey. His speech was so engaging, and he recalled a cute story from the time that he was head of school at the Priory. The boy graduated with Head of school honors. Last year one of his classmates was picked as one of the winners of a national singing televised competition on ABC. He has been touring with the boyband “In Real Life.” It was neat that he was back to graduate with his twin brother and the class. 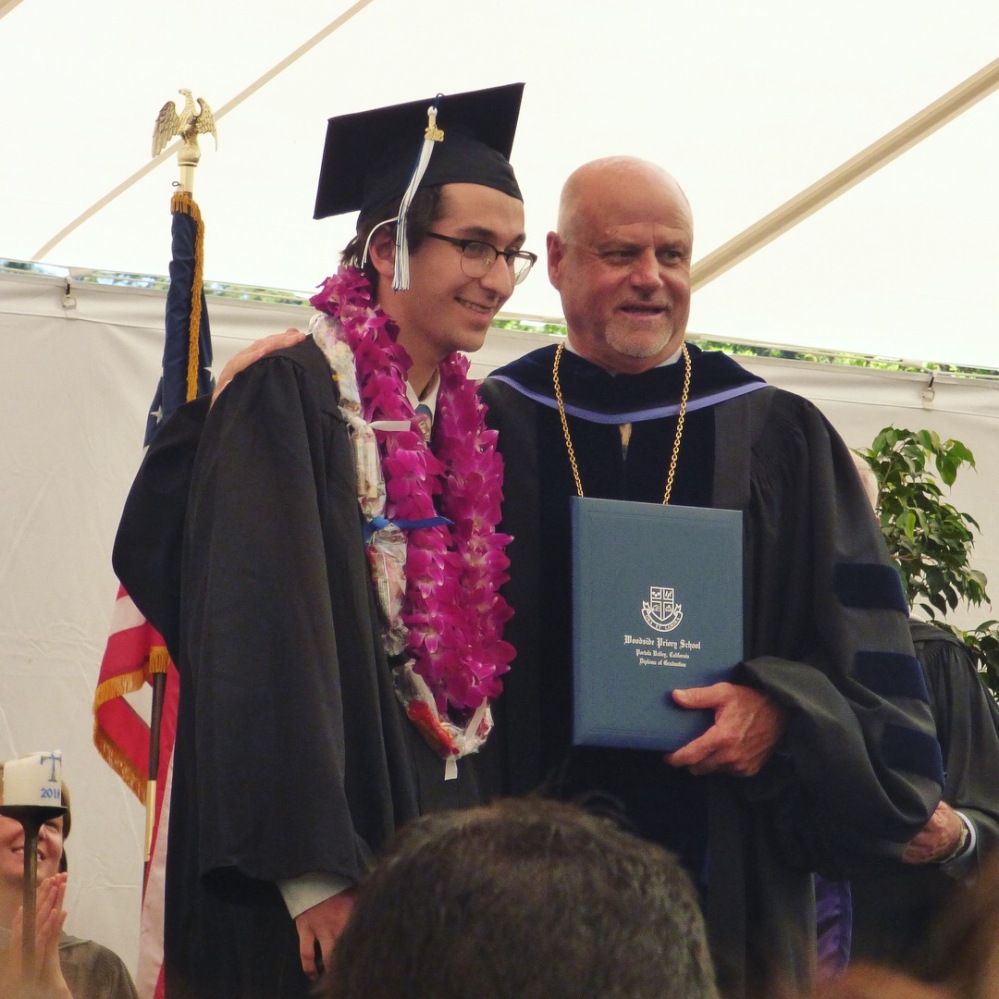 That evening Max went to a party hosted by one of the families and then yesterday we hosted our family and Max’s friends to a graduation lunch. The house is small, and I was worried about the temperature in the house because we have no air conditioning this close to the bay. Thank goodness yesterday’s weather was perfect and even though the house was full of close to 20 people it was perfect with the windows open. We ordered the food from a local build your own hamburger place again, and we had the two cakes in the picture above, and Nana brought a cheesecake that was devoured by everyone. The day was great, and we finished it off with a video of the kids over the past eighteen years. It was a roaring success. The teenagers were roaring with laughter at the old pictures. It was so great having all of Max’s friends here to celebrate. We missed his girlfriend as she was sick yesterday. The money Leis was a great hit, and they both got great gifts. My sister bought them this cute picture frame with a real emergency $50 encased inside. 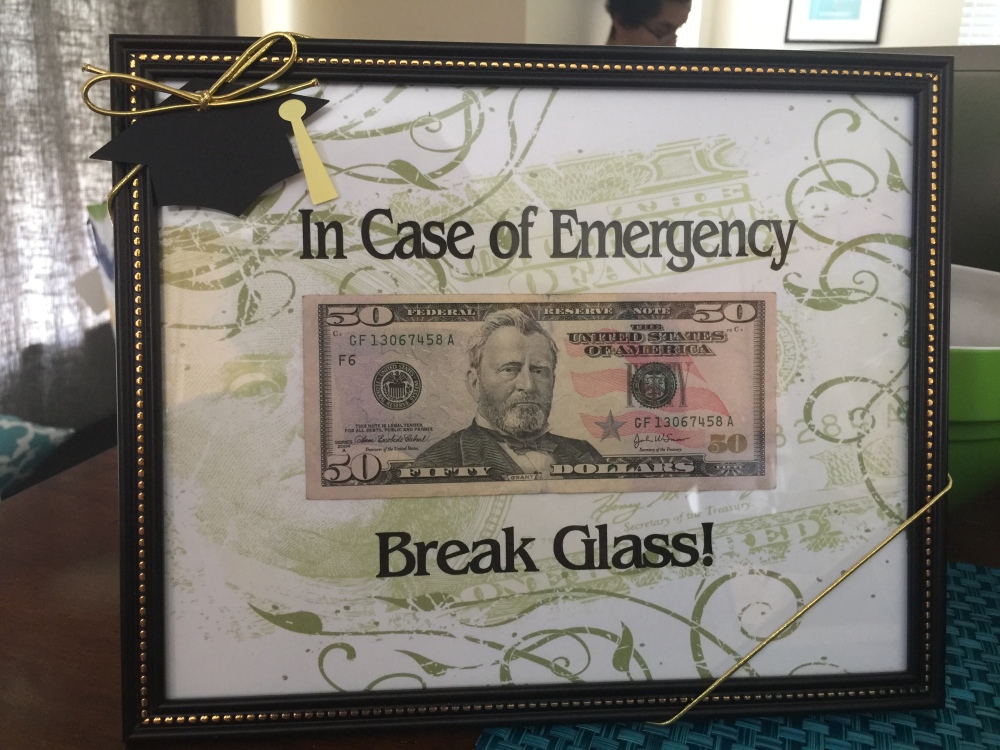 Here is a link to the kiddo’s musical EP on SoundCloud. He wrote all of the lyrics himself and composed the music. This was a hard-won triumph for his senior project.

Below are random pictures of family and friends at graduation including a friend that has been at school with him since kindergarten. The man with his in the top right photo is his drama teacher. He made such a difference in Max’s life. He believed in him and nurtured his talent. He changed Max’s outlook and boosted his confidence to new levels. Every child should have a teacher like that in their lives. 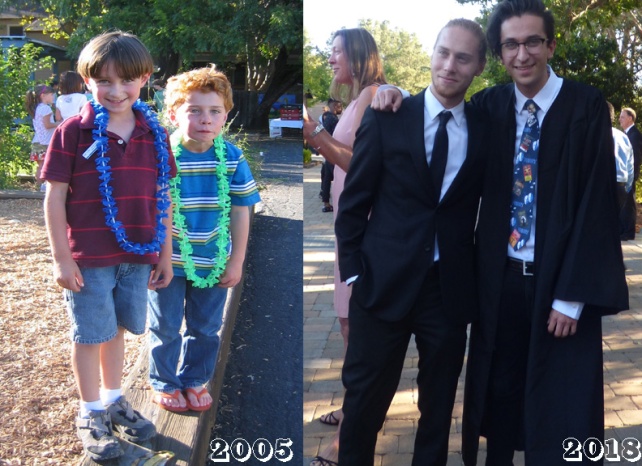 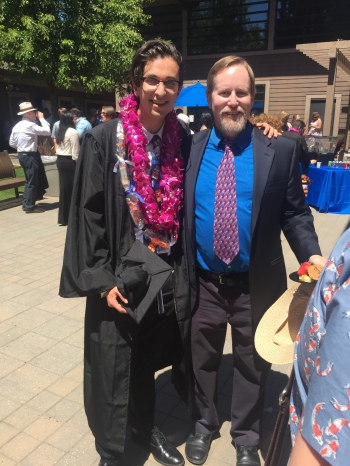 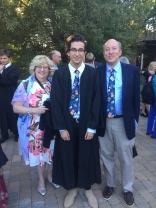 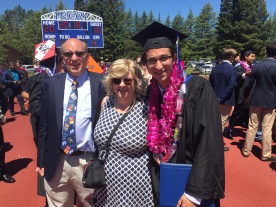 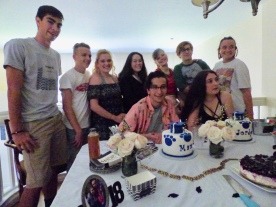 Now all of the excitement is over. Back to real life today. Laundry, dishes, etc. Now that both schools are over and I also no longer have work to do I plan on spending time working in the business.  Happy Monday and hopefully I will be posting more than once this week. 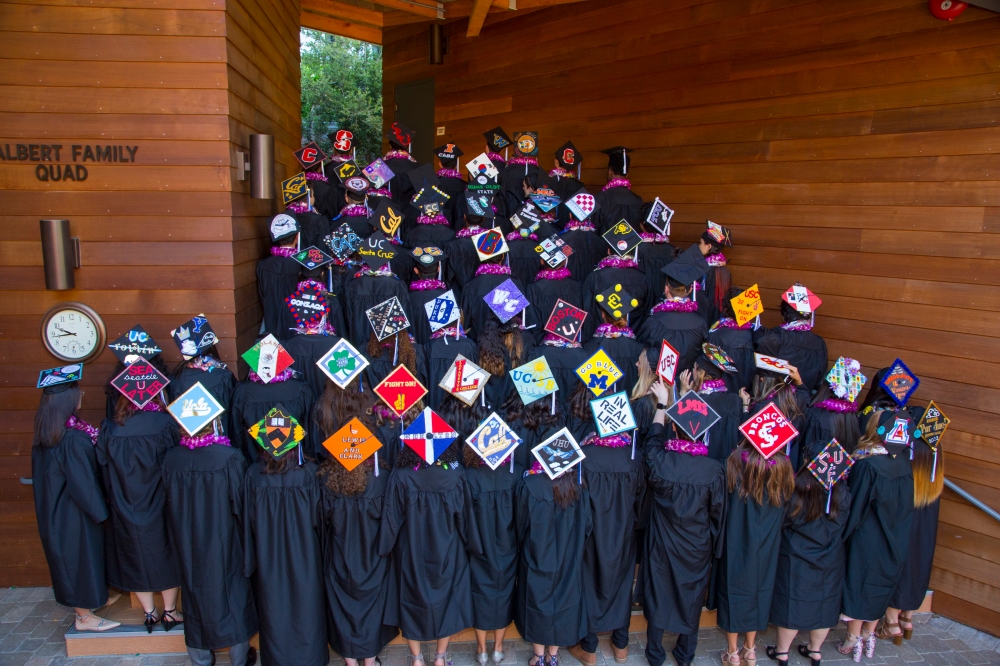