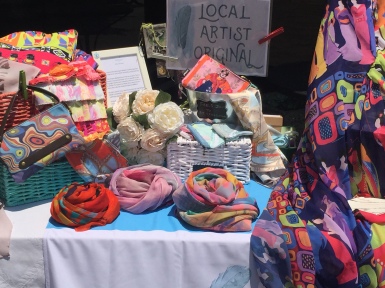 You know the rest of the ditty if you are not a millennial.

On Friday I hauled my butt down to the South Bay to take the old guy, papa out to lunch because the old girl is still in Texas visiting her sister. My baby sister and her girls joined us for lunch at a really yummy Indian buffet. I then went for a pedicure with one of my favorite girls….my oldest niece J. I then hung out with my sister and the girls until it was time to head back in our direction. I went straight to restorative yoga. The place is becoming less intimidating. I do not feel like running screaming from the building…LOL. I actually feel pretty safe.

Saturday was a fairly lazy day except we had to take the rental car back. Six weeks and the Lexus is still not fixed. Insanity. This is getting to be ridiculous. I also took the van for a wash. Lovie has been driving it and it was filthy. It looked like we had been in the snow in Tahoe. Saturday night is our regular restaurant or takes out night. The guys wanted Burritos from this very authentic Mexican place. I just had some of a smoothie I had made and my usual staple of crackers and liverwurst.

So after those boring details let me move onto Sunday. I packed up the van on Saturday night and headed to the farmers market with great trepidation on Sunday morning.. I packed out the table as I had practiced and the woman who handles the nonfood vendors was kind enough to bring me this beautiful vintage leather body form to display the scarves. So I set up and made myself comfy. Anticipating another pointless day. It was very anxiety-ridden but I decided to start working on the book I so badly want to write…..What I wish my mama,(sister, aunty, bestie) told me? …..more on that later.

So these two little girls and their mothers came to look at the table. They were about 8 and fell in love with two of the new purses that were displayed on the table. Low and behold I sold two purses to two 8-year-olds. It was so adorable. I heard one say it was the prettiest purse she had ever seen. It warmed my heart to have something think that. Later in the morning, I sold a scarf….again off of the table. The lady that had lent me the mannequin had suggested that I twirl the scarfs into flowers and sure enough that worked. Unreal. That was it for the day except for the odd shenanigans you get to observe. I had some doozies yesterday. I had an old man think that the African woman silhouette on my African scarf was a gnat. Still cannot figure that one out. I had another middle-aged lady come up to me randomly to tell me that she had just bought ” one of the new houses” around the corner…well thanks for sharing lady. I had a May/ December couple(She was the December) have a very childish altercation in front of my stall. He deliberately knocked her cookie out of her hand so she kneed him in the nuts. It looked ridiculous for a woman who was probably at least my age but very shriveled to be acting in such a manner. Then I almost saw a child killed by another idiot bay area driver. People here do not have a clue how a four-way stop works. This tow truck with the right of way started pulling through a stop and slammed on brakes because the car to his right decided to just cut him off and pull in front of him to take a left into the road that the truck was leaving. At the same time, a little girl had decided to cross the road and she emerged running behind the truck and in front of the idiot who fucked up the flow. Her parents screamed and the car slammed on brakes. It was almost a very nasty accident. The bay area people have no respect for the laws. The problem has got really bad lately. The young arrogant engineer douchebags are the worst in their BMWs or Lexus. Have I told you lately that I hate this place? The driving has got so bad that I was wondering out loud the other day whether people were possibly driving buzzed on pot.  I made it through the end of the day. I am so glad it was over. I could not wait to pack up and leave. I am going to go the other two times that I have booked and then I will reassess the situation. Next week I will be at the De Anza flea market to give it a try.

Well, today I am stuck at home with no car. I think I will just chill out. I will start typing my book intro into the laptop. My darn notebook got soaked by my water bottle. The boy has two job interviews today. Cross your thumbs, fingers toes etc. The lazy little bugger needs to get moving on some employment. It is a long time until he heads off to NYU in late January.  Happy Monday and may you have a peaceful and good week. 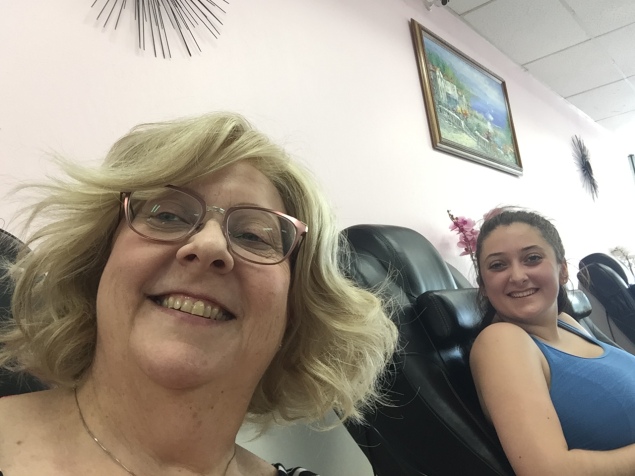 Me and one of my favorite girls

Yup. that is her. Great kid